The Opposite of a Problem 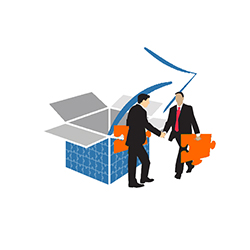 In 2012 Delta Air Lines considered taking over an airline to support its international expansion plan across The Pacific. The analysis concluded that despite an excellent fit and a financially sound business case, a take-over might eventually fail based on the smaller carrier’s company culture, local government and community backlashes and upsetting a very loyal customer base.

3 Steps Back Towards Successful Partnerships

Why International Partnerships Fail
In my previous post ‘Why International Partnerships Fail’, I referred to the unsuccessful KLM Royal Dutch Airlines and Alitalia partnership in 2000 as ‘a perfect failure’. Synergies of over 400 million Euros proved a solid business case. However, national and company cultures were brushed aside, which contributed to an early and abrupt end of the alliance.

Unscramble scrambled eggs
KLM quickly formed the Air France-KLM Group in 2004. British Airways-Iberia followed in 2011. In both cases, however, the differences between national and company cultures remain. Air France-KLM and British Airways-Iberia keep their separate (national) brands, while a certain integration is somewhat progressing under a holding structure. Reconsidering the partnership is however not a real option. It is hard to unscramble scrambled eggs.

The Same Things Differently
In the Delta example national cultures actually did not play a role, but other (similar) cultural and crucial aspects were taken into consideration which led to a balanced decision. In international partnerships, those same aspects may very well be even more important and recognizing that everybody does the same things differently should be deemed a determining factor.

Take 3 Steps Back towards Success
Before entering an international partnership, taking 3 steps back could very well lead to progress: Step back 1: Step away from the numbers and evaluate all other factors. Step back 2: Recognize and address the differences that (undoubtedly) exist. Step back 3: Accept that the journey may change and can present unexpected turns.