Not Everything Needs To Be Said

Everybody Does the Same Thing Differently

Trust Is Not Outsourced 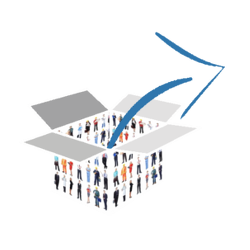 Writing about characteristics of people based on their nationality is very tricky. Sharing opinions regarding one’s own nationality is sometimes difficult: ‘Mirror mirror, I only see me’. I will do both, the tricky and the difficult. Let’s start with the difficult one in the context my own Dutch nationality.

NOT EVERYTHING NEEDS TO BE SAID

Dialogue = Discussion
After 20 years of living outside of my home country, The Netherlands, the mirror has become a window and I can clearly see why people of other nationalities might find it challenging to have a dialogue with a Dutchman. A dialogue with the Dutch can easily transform into a discussion because they have low barriers to include opinions directly related to anyone’s core values and beliefs. Refreshing for some, painful and offensive to others.

Direct ≠ Rude
Direct is not rude. Amongst the Dutch it isn’t. By many others, the Dutch are seen as direct, blunt and sometimes rude. However, the Dutch either don’t realize it, do not think much of it or believe it is actually a virtue to be honest and direct. Even if the content of unsolicited advice contains strong criticism, many Dutchmen prefer to provide it anyway as opposed to ‘not telling the truth’.

Speaking Up = Telling The Truth
The Dutch know very well that being direct can actually do damage. I have experienced on many occasions, both inside and outside the corporate environment, when Dutch people were taking the liberty to publically and explicitly criticize something or somebody. The Dutch do not mean to hurt; for them it is just telling as it is.

Not Speaking Up = Lying
For some Dutch people, the reason for being blunt actually goes further than telling as it is. Not expressing an opinion or even providing fierce criticism can actually be seen as non-participative, evasive or uninterested. It can even trigger doubts about the silent person’s honesty and intentions.

Both Ways
When I was working for a Dutch company and visiting my headquarters in Amsterdam from Latin America, I was invited to a panel discussion with the Chief Commercial Officer. He was challenging the international audience on actions and results. Most kept quiet. Except for the Dutch. They actually were doubling down on their criticism towards leadership in the panel and afterwards concluded: ‘Good discussion.’

Just an Opinion
By definition people judge what is right and what is wrong from their cultural perspective. Obviously the Dutch culture of ‘speaking up’ naturally results in an abundance of opinions. The difference with other nationalities is that many non-Dutch do not always express their views. For the Dutch it is just an opinion, nothing to get excited about.

Not Everything Needs To Be Said
Although I am still a proud Dutchman, I do think that not everything needs to be expressed. It did not take long already early in my international career to realize that too many times expressing opinions in a direct fashion is not helpful to others and to me. At the same time, I wish that that good advice would sometimes come spontaneously. I think it would create more windows and less mirrors.