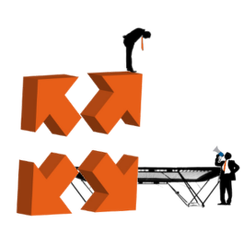 The phrase ‘Trust but Verify’ was emphatically used by former US President, Ronald Reagan during his dialogues with Michael Gorbachev, then-leader of the Soviet Union. Reagan picked up the phrase from an American writer called Suzanne Massie, who told him that Russians like to talk in terms of proverbs and that ‘Trust but Verify’ was also commonly used by communist revolutionary Vladimir Ilich Ulyanov, also known as Lenin. 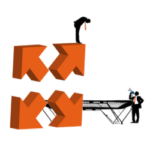 The Impact of the Unknown

When it comes to international business, the factor of the unknown can cause fear and mistrust, which in turn can lead to a paralyzing need for verification and more mistrust. Trust can be build more efficiently if one is willing to understand the other party. Accepting the way an international customer, provider or partner conducts business will increase the speed towards your success.

The Impact of Speed

Speed matters when launching or expanding into international markets. Many businesses that launch or expand internationally are small or medium sized companies that can’t sustain costly mistakes for an extended amount of time. The aspects of steady progress and sufficient trust need to be balanced during the process of international expansion.

The Impact of the Known

When people say that building trust takes time, they actually refer to the fact that verification takes time. Reagan reduced the time to build trust through guidance of an international expert like Massie. Reagan met Gorbachev for the first time in 1985. Only five years later, just after his presidency, he was greeted by Gorbachev with a sincere bear hug at his return to Russia.

The Impact of Trust

‘Trust but Verify’ is indeed a powerful proverb, because it contains both the elements of trust and time. Regarding international business, these two elements are crucial. Finding a trusted partner to support international expansion has an impact on both, as connections are turned into relationships and opportunities into revenues much faster.