How Far Is The Far East? 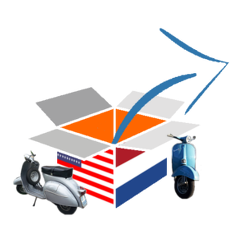 ‘We are the best!’ That is what Dutch Prime-Minister Mark Rutte said on a trade mission to Atlanta with his Flemish counterpart Minister-President Geert Bourgeois. He was referring to The Netherlands and Flanders as being well positioned for global companies in terms of distribution and logistics. He smiled and added: ‘I am in the USA, so I will let go of that European attitude and just say it. We are the best!’ The audience responded with a smile and some even applauded. It worked.

WHEN IN ROME… ACT NORMAL

Act Normal
‘Act normal, that is crazy enough as it is’. This is a phrase commonly used by the Dutch to keep people firmly with both feet on the ground at all times. Kasim Reed, Atlanta’s mayor, spoke at a dinner of same Dutch/Flemish trade mission and was not shy to state that Atlanta is the best place to live, work, and invest. He used specific examples and clarifying statistics. He did not use notes and was unapologetic. He was just being normal with both feet on his ground. It worked.

Crazy Enough
Both Rutte and Reed held their speech in the USA. When Rutte delivered his ‘we are the best’ statement, he was not imitating Reed. He smiled and clearly understood he was playing with a stereotype. So did the audience. Reed, in turn, was in his own city and well aware of his Dutch, Flemish and American audience. Both were able to get their messages across, because they were aware of their audience. Both were being normal or just crazy enough.

The International Fallacy
Being successful in international business and working across borders is not about one party trying to imitate the other. Although the more superficial aspects sometimes matter, such as the protocols of shaking hands and eating habits, mimicking will not lead to trust and respect. Trust is a necessary ingredient and is greatly influenced by mutual understanding and acceptance that business is conducted differently than one may be accustomed to.

When in Rome…
Do not copy or imitate the Romans! Be yourself! Act Normal. ‘Do as the Romans do’ really means that one understands and accepts the Roman way and acts accordingly. That is in fact how trust is established in international business while preserving one’s identity. For me the famous phrase ‘When in Rome, do as the Romans do’ has only value if it results from understanding and accepting that everybody does the same thing differently.