Know What You Need 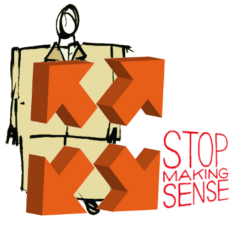 ‘Stop Making Sense’ is a 1984 live concert movie and album of the American band ‘The Talking Heads’. Just by combining the name of the band with the names of the album and some of its tracks, such as ‘Burning Down the House’, enough metaphorical material is provided for creating a story about international business. 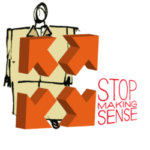 Burning Down the House

The band’s lead singer, David Byrne, explained at the time that the track ‘Burning Down the House’ started as an instrumental jam, during which he began singing nonsensical syllables over the music, until words started to fit with the rhythm. By their own admission, the Talking Heads’ lyrics do not make any sense at all.

The balance between talking and listening is crucial in any business, but probably even more so in an international environment. A talking head refers to a head just talking, like a news anchor, or someone who simply talks too much. A rehearsed story by a talking head may make sense to the talking head itself, but may not make any sense at all to its audience.

David Byrne adjusted to music that came at him and made words fit, even though they did not form lyrics that made sense. He did the opposite of a talking head. He listened and adjusted. Metaphorically speaking, he stopped making sense and ‘burned down the house of a talking head’. It worked, both for the band and the audience.

In international business, it is even more important than in a domestic environment to listen, observe and adjust when necessary. While the client is not always right, neither is the provider. For companies that aim at international expansion, the best advice may very well be to stop making sense.